“Traditionally we have designed and built our lighting products to the highest possible standards,” said Lazer Star Vice President, Ron Scott. “The result has been a line of lights that perform reliably even through the extreme abuse of off-road racing, but we realize that many people do not require race-spec products for their intended uses. The PreRunnerLED line offers consumers a light bar that is reliable, looks good and is effective, but at a more economical price point than our flagship LX LED line.”

In addition to launching their new line of LED light bars at the show, Lazer Star Lights will have a few other newcomers to their complete lineup of industry-leading lights, kits and accessories. SEMA Show attendees will be among the first to see a sample of their new Jeep Stealth Kit, an LED light bar kit that mounts behind the grill of many Jeep models. Lazer Star will also be showcasing the new Endeavour E5 kit, comprised of a pair of small and versatile 5-watt light bars that can be mounted almost anywhere on virtually any vehicle. Finally, Lazer Star’s new Chrysler/Jeep Fog Light Brackets will allow for LXLED 10-watt Single Lights to be mounted to the stock mounting points on many Chrysler products, including most Jeep JK models. Stop by the Lazer Star Lights booth #37087 in the Upper South Hall for more information about Lazer Star Lights products and the Lazer Star racing program. 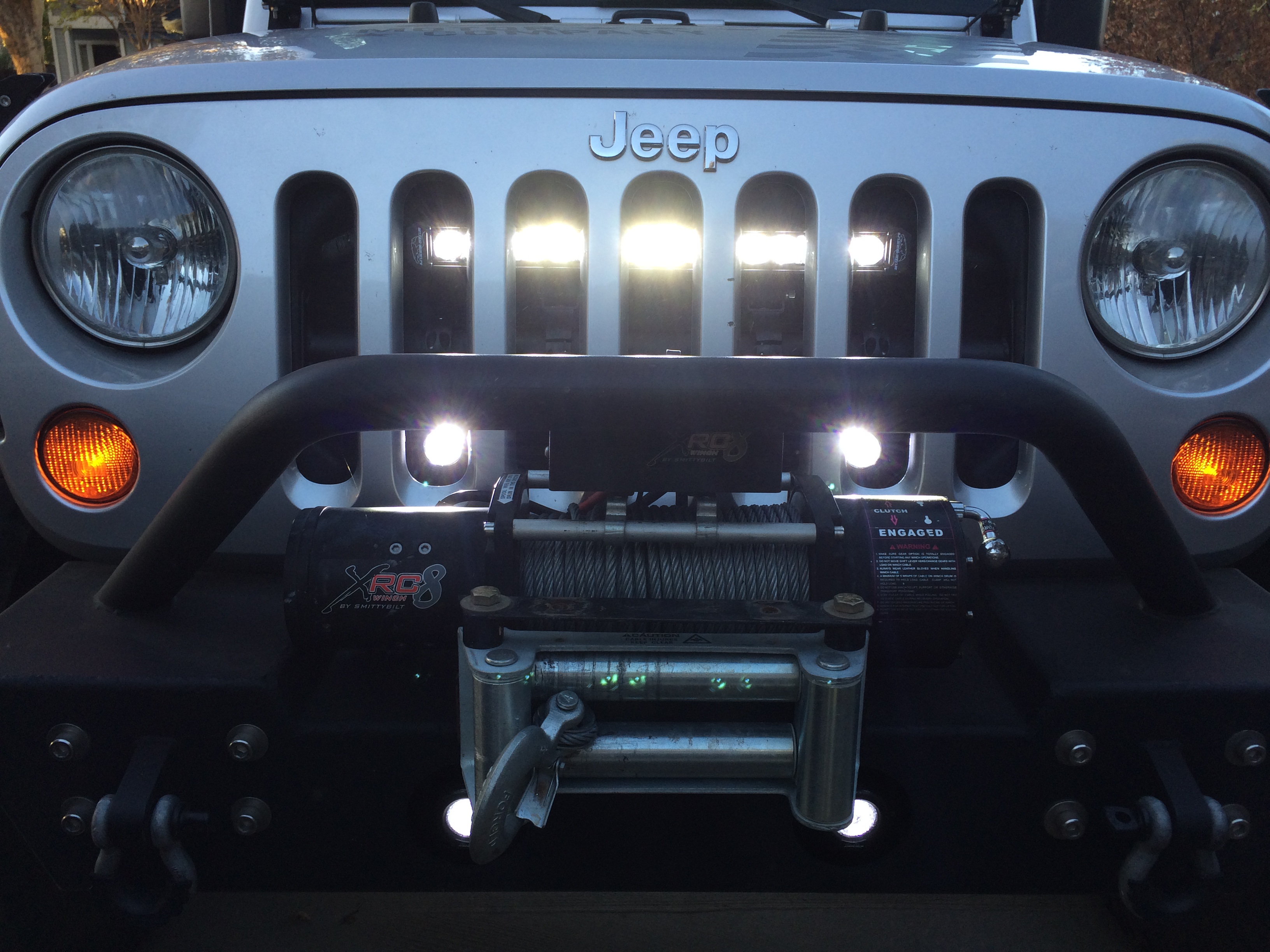 The new Jeep Stealth Kit is one of several new products Lazer Star will launch at SEMA Show.

Lazer Star products will be featured on several truck, Jeep and UTV builds found throughout the SEMA Show halls. Check out Lazer Star’s products in action on Matt Lovell’s mid-size trophy truck, Mike Duval’s Jeep build in the Mickey Thompson booth, a Polaris RZR build in the Greenball booth, a BDS Suspension Jeep build in the LTAA booth, and more.