Lazer Star Lights rolled into Las Vegas, NV last week ready to take on the world famous Mint 400. As the third race in the 2015 Best in the Desert Series, the course proved to be one of the most rugged races ever for a lot of the teams. Battling an immense amount of carnage and difficult conditions, Lazer Star racers were able to pull through with an impressive pair of finishes.

Murray Racing
Starting at the line in a position of 21st out of 55 in the 1900 class, the Lazer Star Lights backed Murray Racing Can-Am pushed hard to advance in the first lap. Coming into the 2nd lap in 6th place, they showed high hopes at this point in the race for pulling off a podium finish. They slowly crept their way towards the front at 3rd place with about 2 miles left in the second lap, when their Can-Am Maverick went into "limp mode" due to a faulty throttle body wire causing the fuel management system to falter. They were able to avoid a DNF by crawling to the pits at a very limited pace of 5mph. 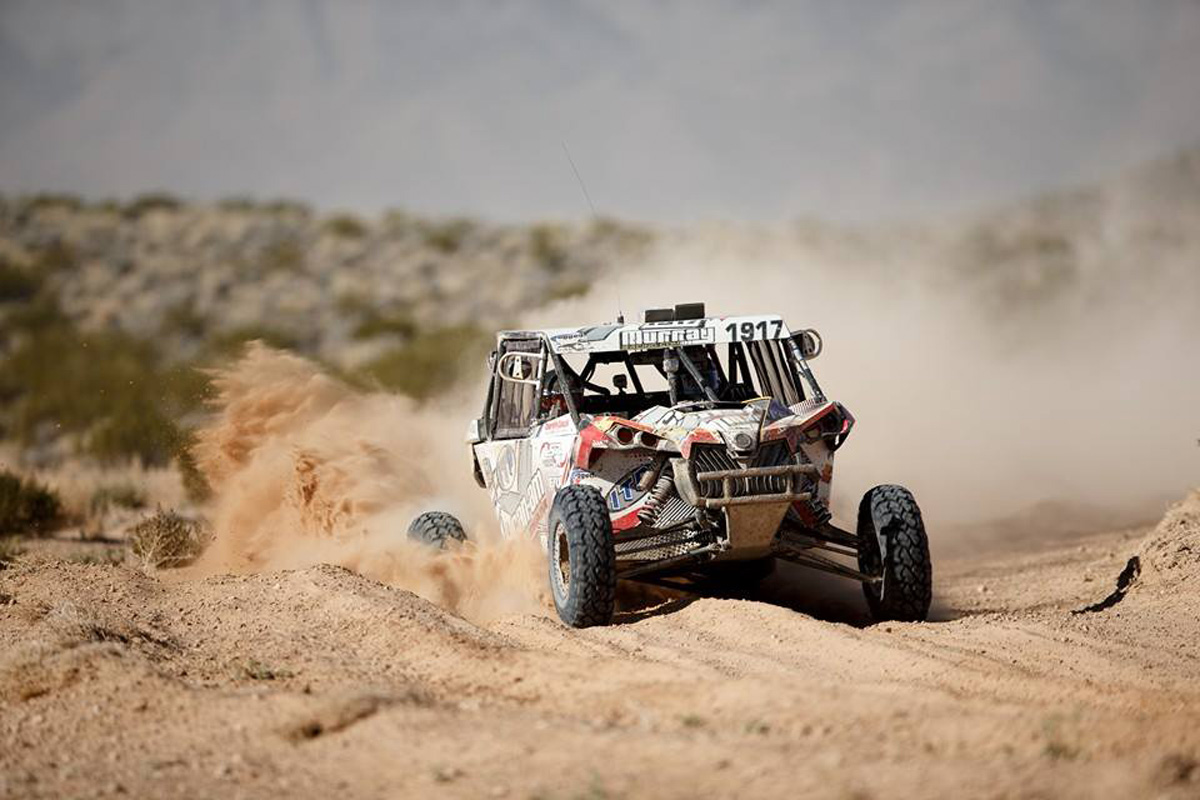 As the Murray Racing crew tore the car apart to troubleshoot the problem as quickly as possible, 6 cars had advanced positions in front of them, causing miss out on a chance at a podium finish. Derek and Jason finished out the race with an official 10th place finish. Murray Racing will be busy over the next few weeks as they head to the Baja Sur 500 in Cabo San Lucas on April 15th-19th and then to the Silver State 300 in Las Vegas, NV on May 1st-3rd.

Matt Lovell Racing
With the morning races out of the way it was time for the trophy trucks to strut their stuff. Following a race-ending mechanical issue in the Parker 425, the subsequent repairs, testing and preparation, Matt Lovell set his sights on the Mint 400. After the parade and a lengthy tech inspection, the Lazer Star Lights/MLR #7244 truck was ready to tackle the rugged desert terrain along with 52 other trucks. 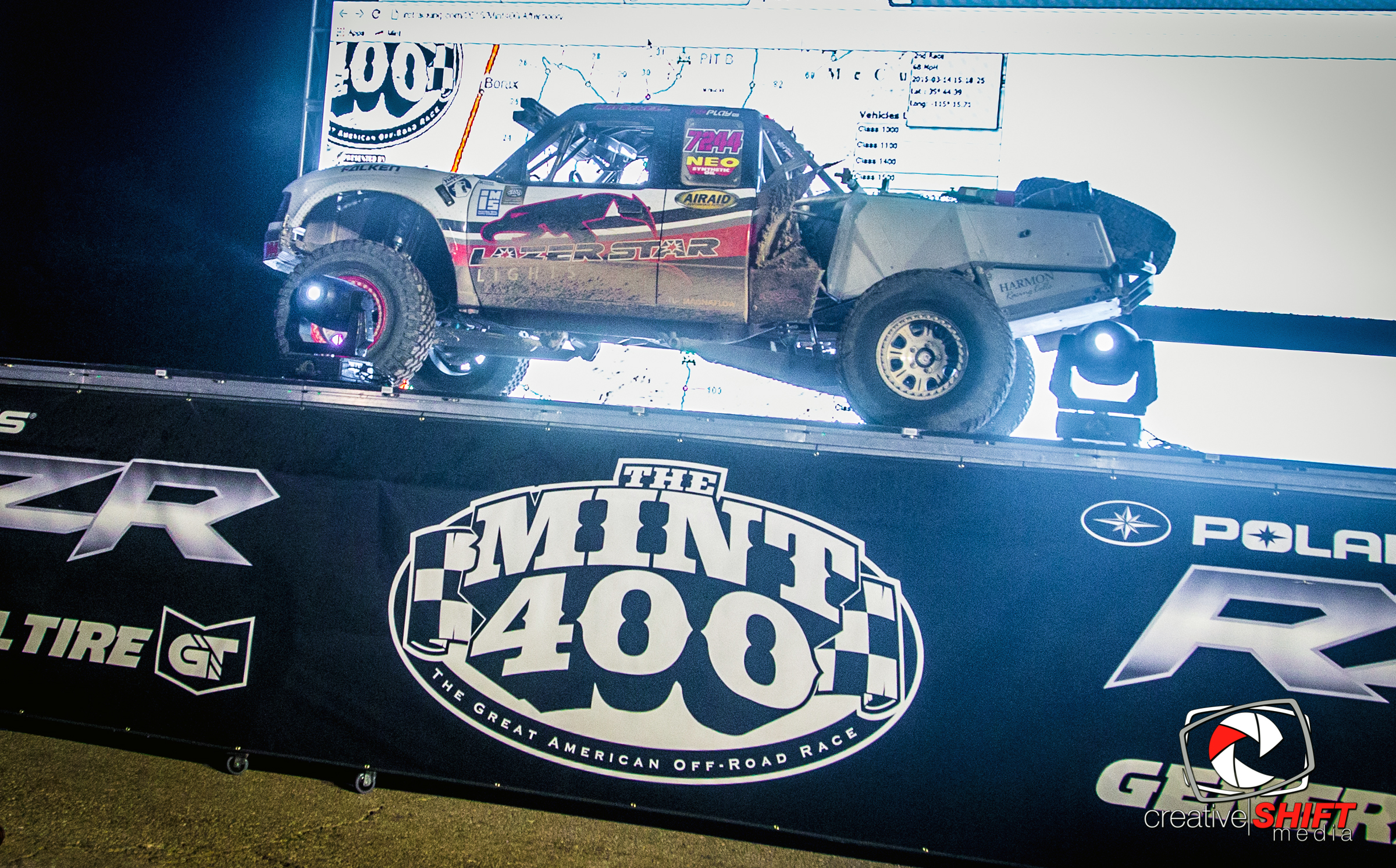 Matt throttled forward into the first lap while the truck handled everything the rough course could throw at it. The truck was running in pristine condition as MLR incorporated a new cooling system on the bellhousing that kept temperatures 100 degrees lower than they were at Parker. Everything was going smooth until about mile marker 30, where a life threatening 2-Truck pile-up closed the race course while 2 Flight for Life helicopters rushed two of the racers off the course, You can read more here: http://www.gofundme.com/jpoole  This unfortunatley held up the MLR crew for over an hour. With dozens of cars lining up behind him, Matt knew he would have to give everything he had through the quickly deteriorating course to achieve a top 5 finish. 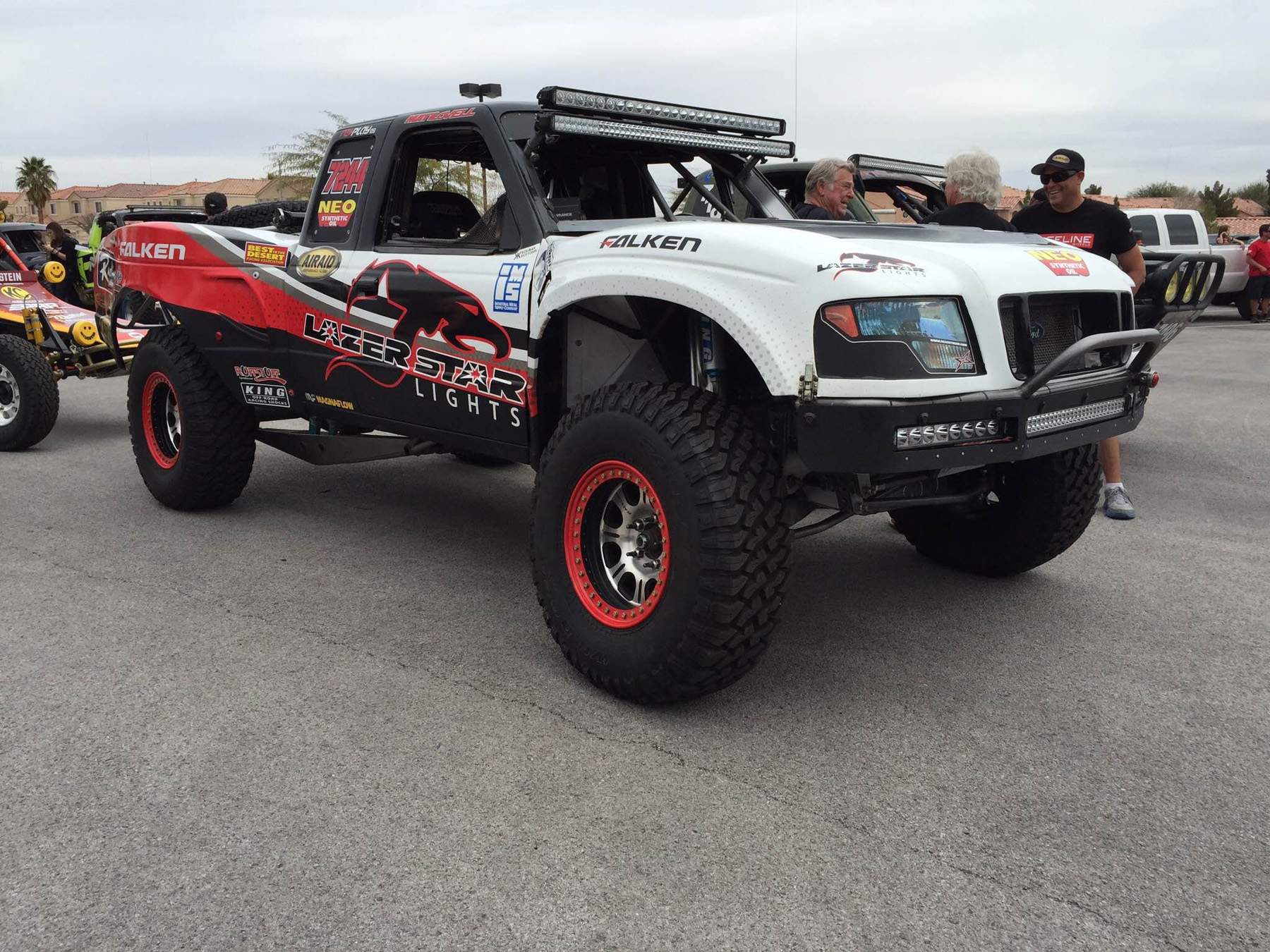 Holding off all but one of the 50 cars behind him, he was able to cut through the dust to achieve his goal. Accumulating a total of 5 bent wheels, Matt was glad to even finish on what he called the "toughest race I've ever raced." Because of the hold at the wreck site, he ended up completing about 80% of the race at night. "The Lazer Star Lights definitely gave us an edge on the track. I had no need to even utilize the top row light bar because the bottom bar was cutting through the dust more than I could have hoped for. The night came but we did not get any slower because of Lazer Star." Matt Lovell Racing is currently prepping the Lazer Star Lights equipped trophy truck for the "Longest Off-Road Race In The United States": the BITD Vegas To Reno, scheduled for August 13-15. 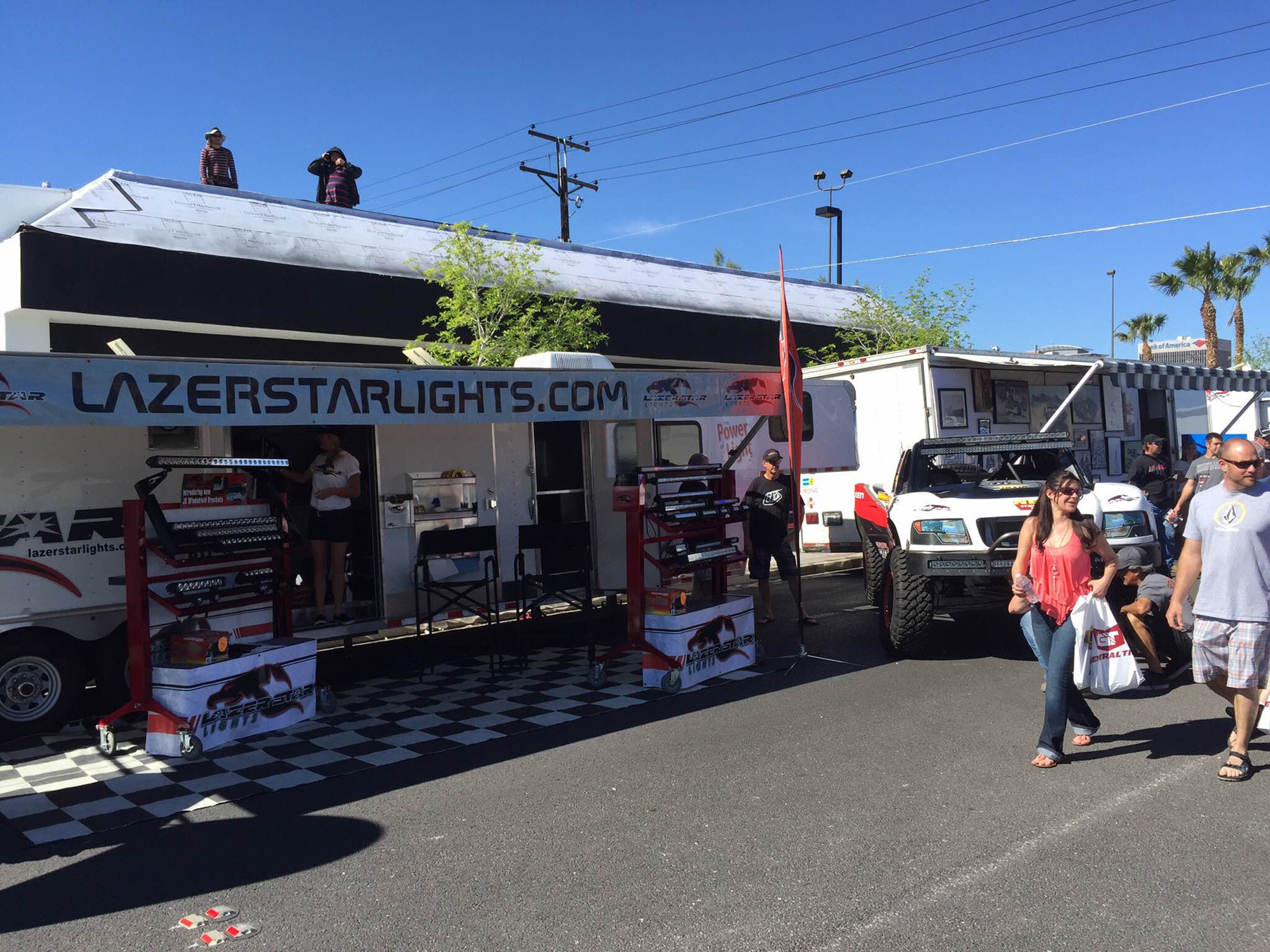