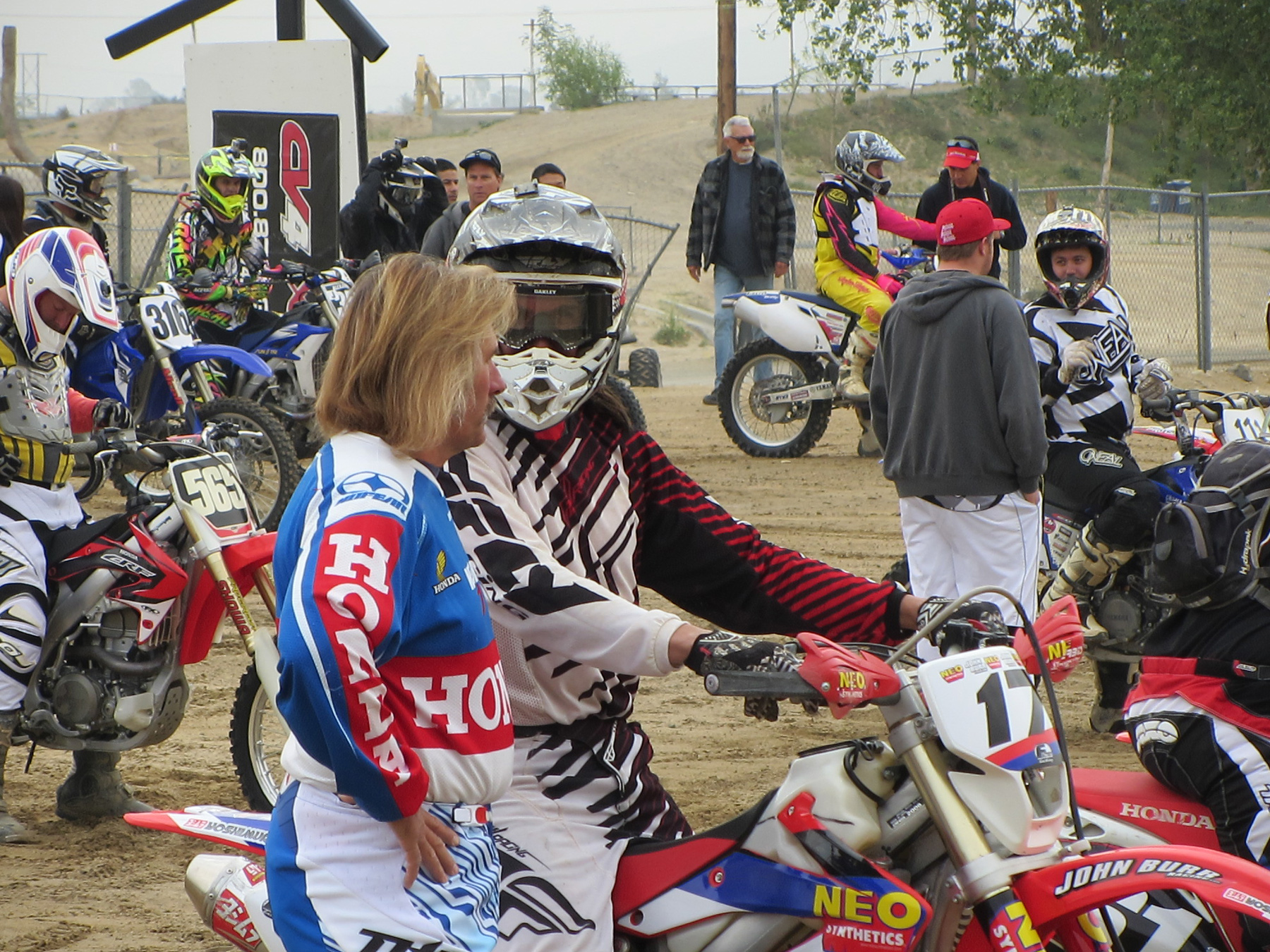 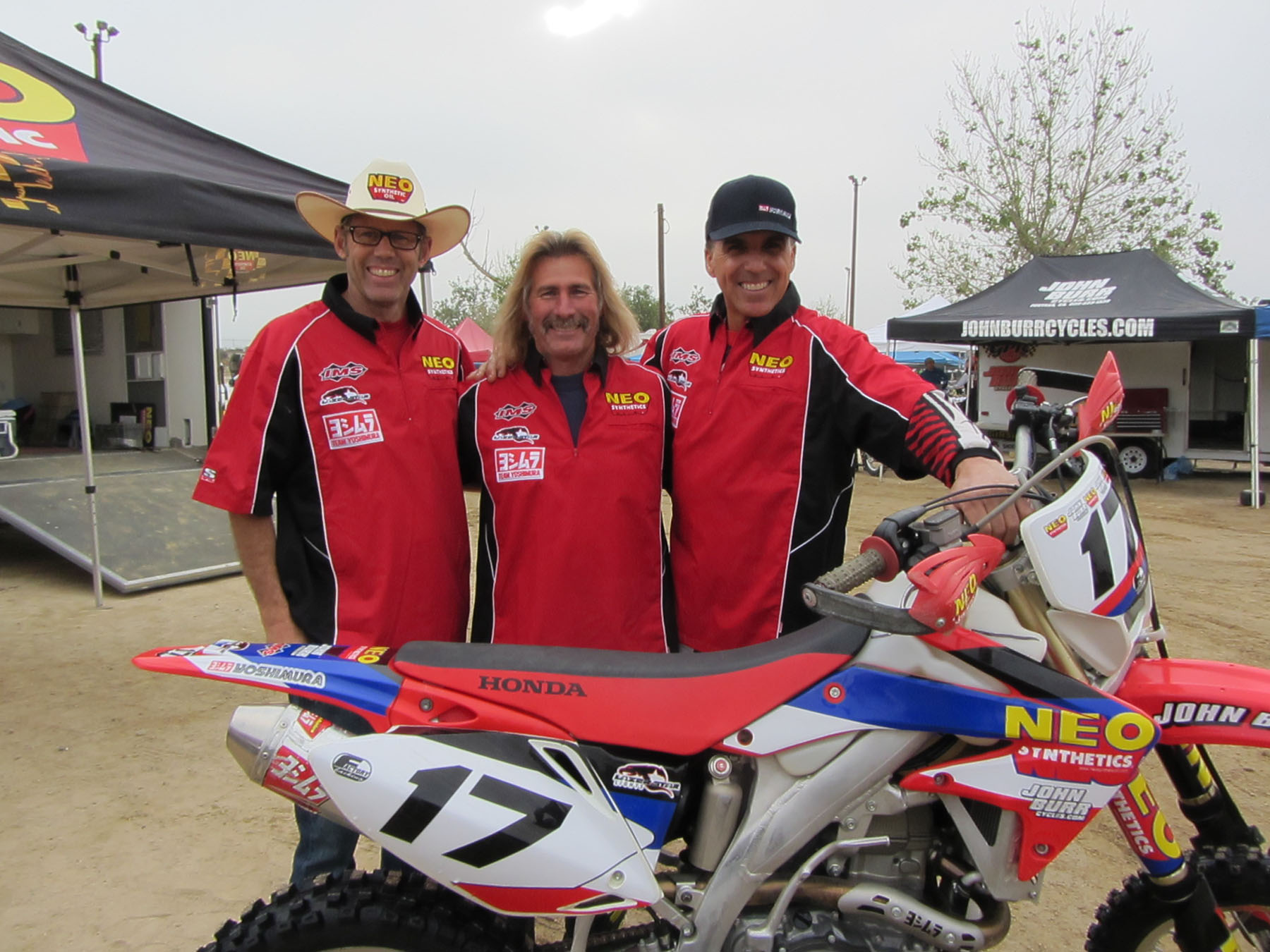 Team NEO manager Paul Baker (left) and riders Jerry Black (center) and Gordon Ward (right) ready to take on the John Burr 6-Hour at Glen Helen. Jerry came in from the first lap a little later than expected and later explained that he got lost due to some missing ribbons on the back end of the course. Black picked up the pace and made up some time on his next lap before passing it to Jim LaTendresse. 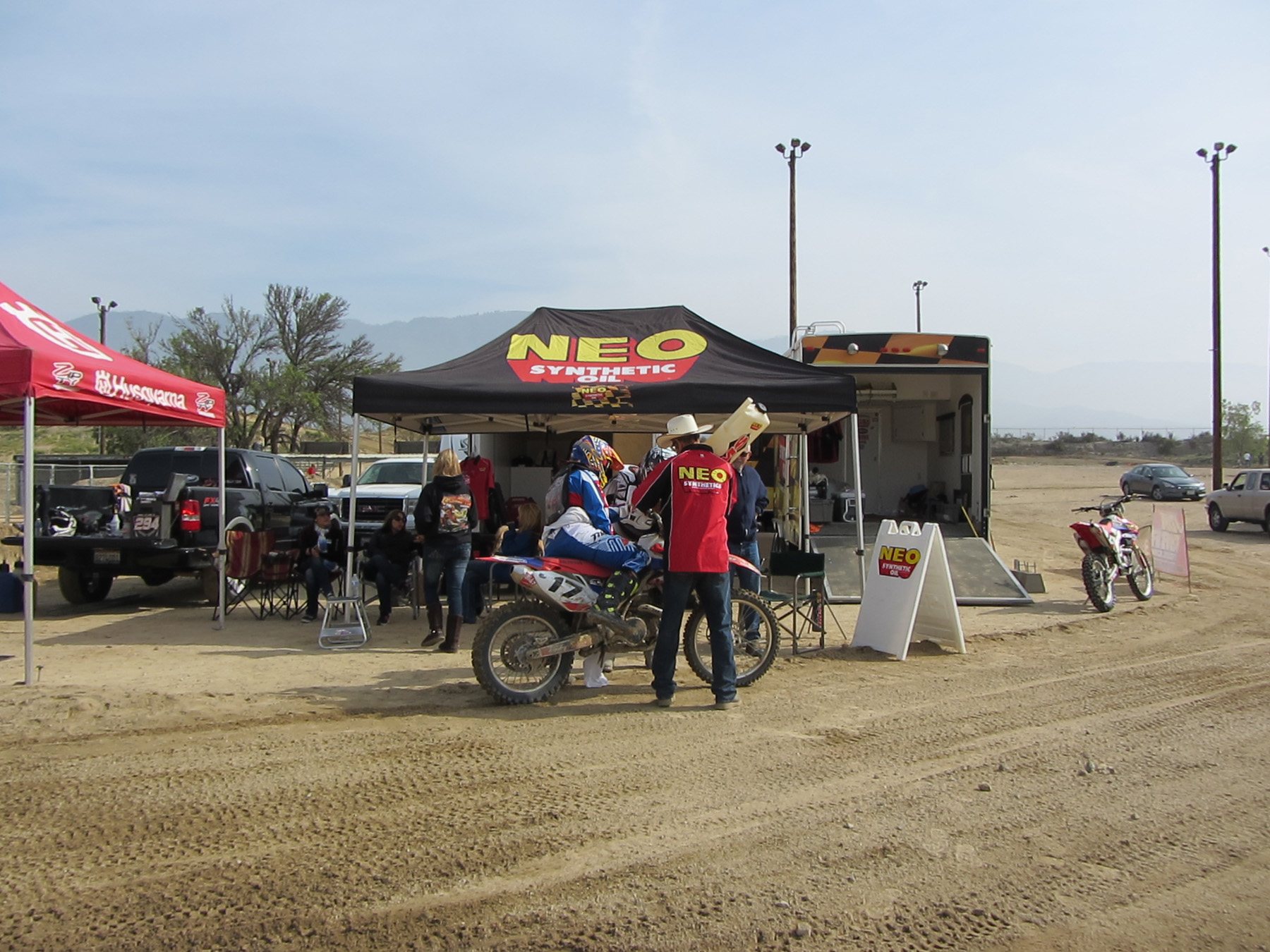 Jerry Black takes over and the Team NEO Honda gets a refill. Jim took off and rode hard despite possibly fracturing his shoulder after clipping a tree on a turn. The fast laps kept the team out front until it was once again time for Ward to take the helm. 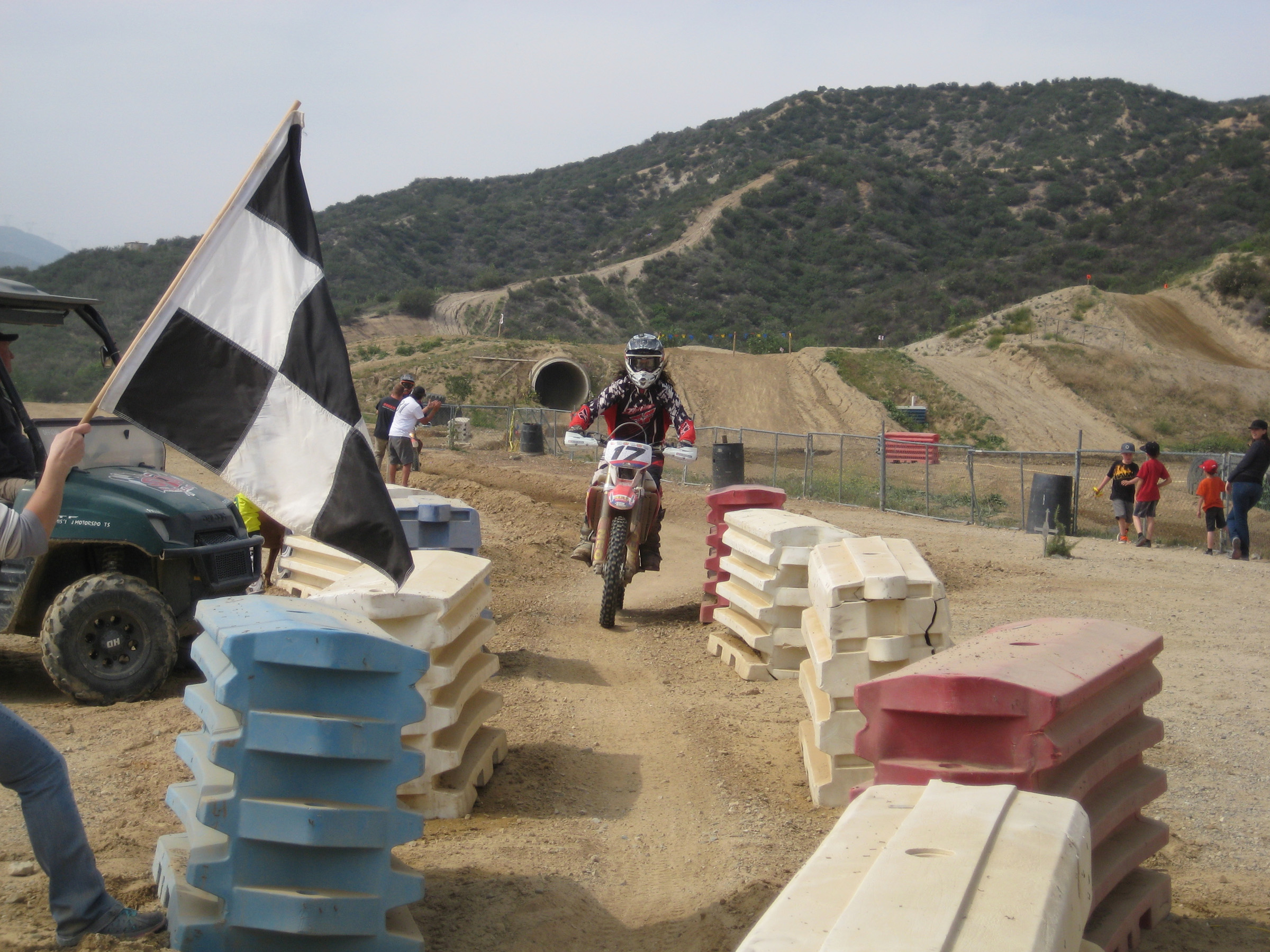 Ward closed out the race and took the 40+ Expert class checkers for Team NEO. Though the battle between 1st and 2nd place was a close one, Gordon managed to pull away for the win by more than a minute. As the checkered flag flew Gordon, Black and LaTendresse claimed the 40+ Expert Class victory and finished 6th Overall out of more than 60 teams. 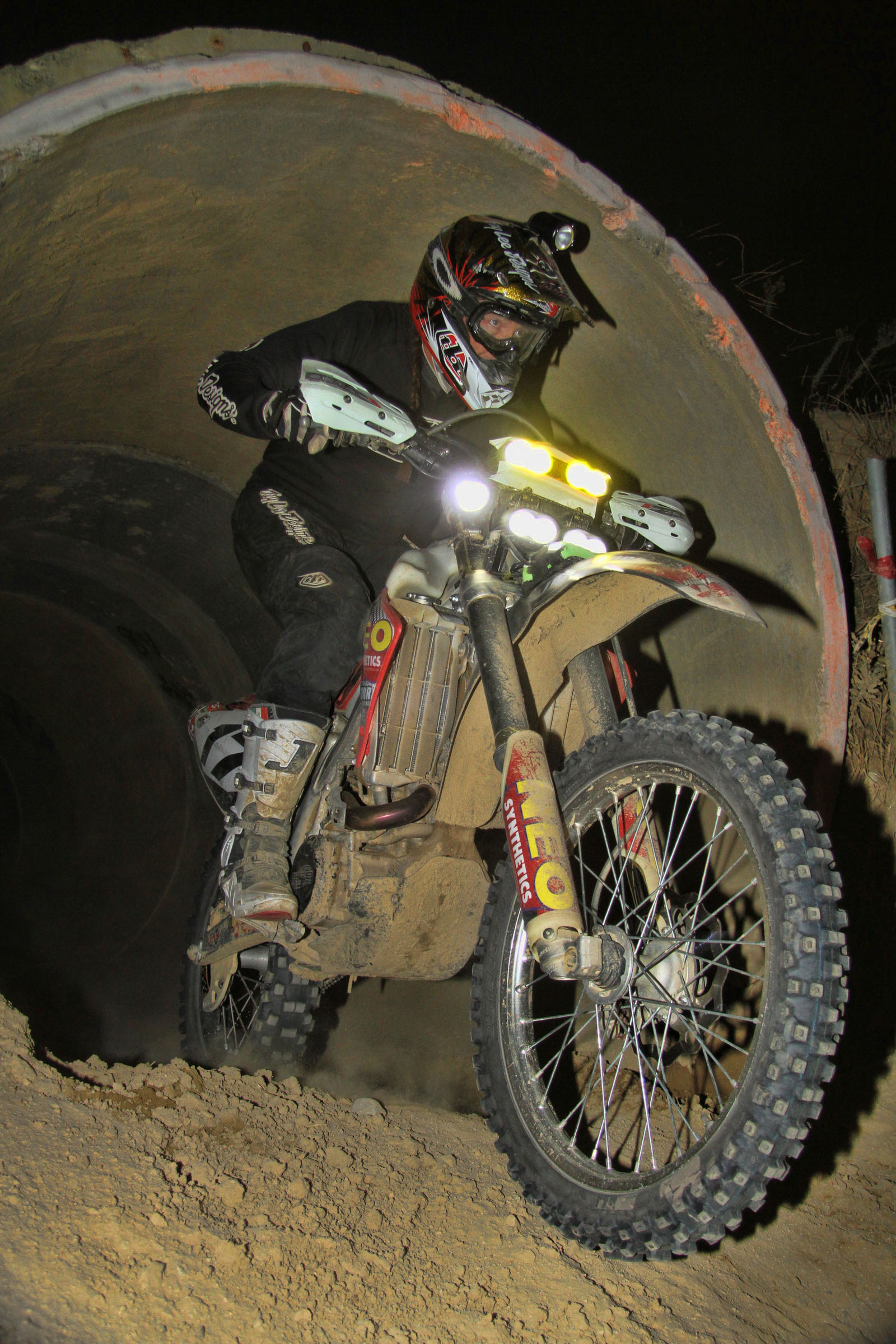