Lazer Star Lights rolled into Las Vegas, NV last week ready to take on the legendary Mint 400. This years Great American Off-Road Race, now a part of the Best in the Desert Racing Series, saw an incredibly high attrition rate as the 100-mile loop that began the day as a race course transformed into a wasteland of carnage with each passing vehicle. 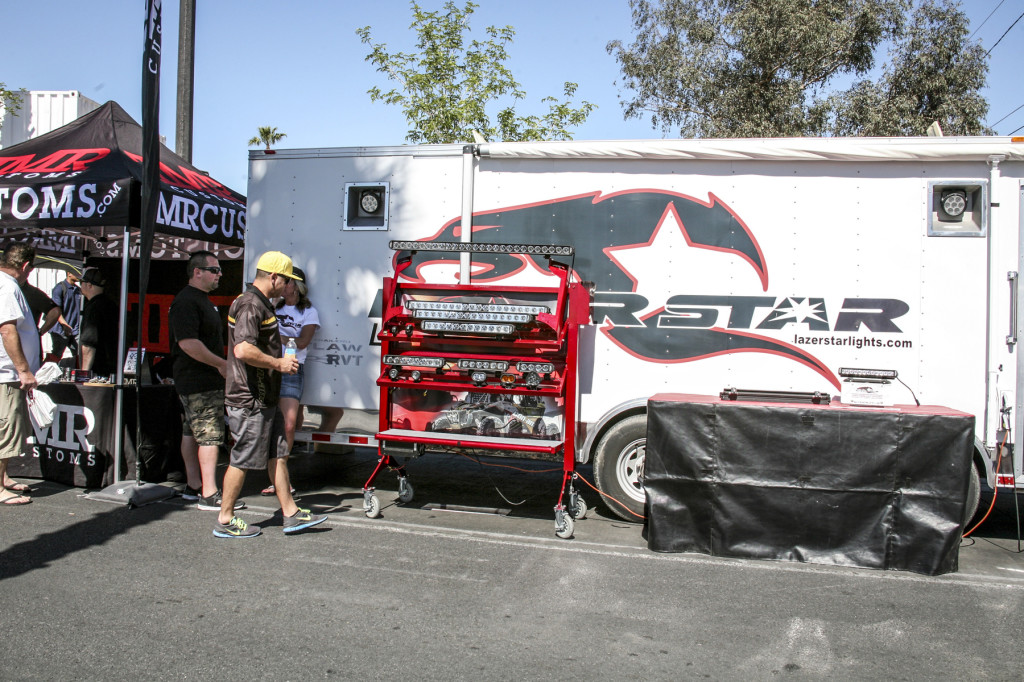 Lazer Star Lights was set up in contingency for pre-race festivities. Murray Racing As the sun came up Saturday morning, more than 50 UTVs crawled to the start line ready to tackle two laps on the 100-mile course. Derek Murray and his co-driver Monty Aldrich started out in 31st place in their Lazer Star equipped Can-Am Maverick. Over the course of the next 100+ miles, they fought their way up through the pack, making use of their bumper-mounted Lazer Star red and blue LED light bar and 50 roof-mounted bar in the process. 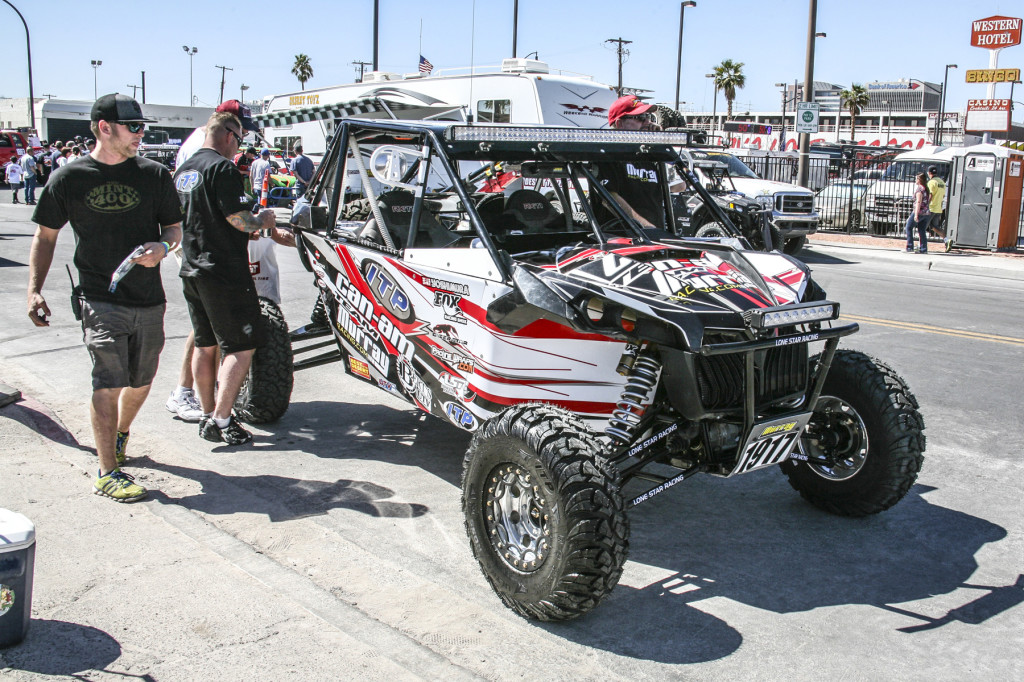 Murray Racing put their Lazer Star Lights to use at Mint. UTVs are noisy machines, and a lot of times drivers cant hear other cars coming up behind them, Derek said after the race. We couldnt afford to get stuck behind people and lose time, so a flick of our Lazer Star Lights would warn drivers up ahead and help us make passes. 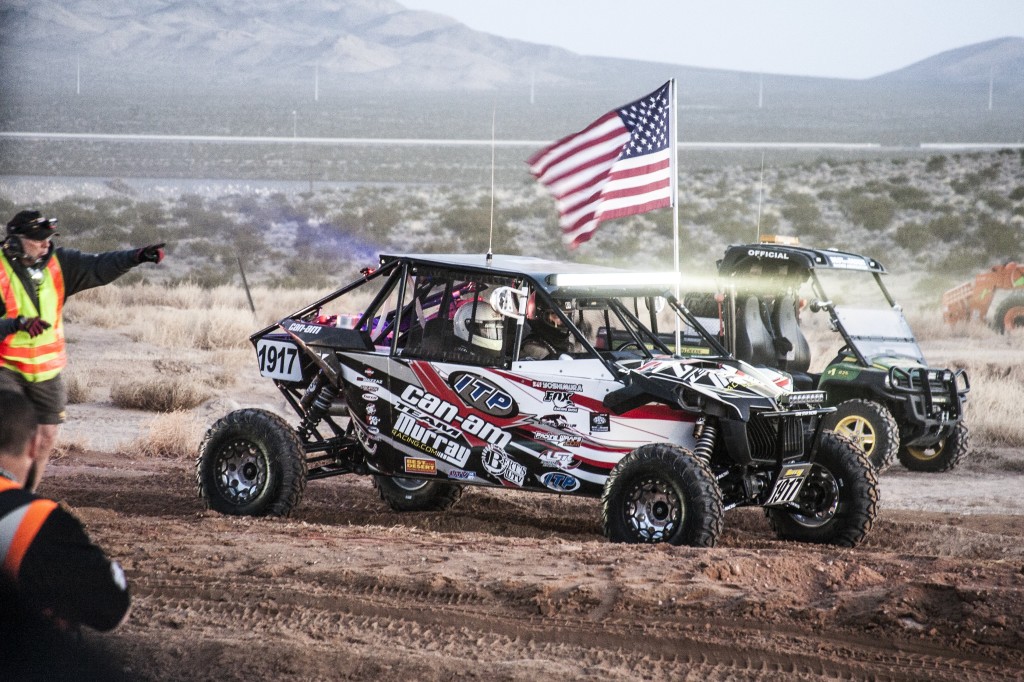 Derek Murray and co-driver Monty Aldrich finished 5th in the UTV race. The technique worked, as Murray and Aldrich worked up to as high as 2nd place at one point, despite losing their brakes on the first lap. With about 40 miles to go Team Murray lost a belt, dropping them back to 7th place as they made some quick repairs. Murray managed to get two of those spots back, crossing the line in 5th place. Matt Lovell Racing With the morning races out of the way it was time for the trophy trucks to hit the course in the afternoon. Matt Lovell was coming off a disappointing run in the Parker 425, where mechanical issues forced him out of the race. After several weeks of repairs, testing and preparation, Matt set his strategy in motion. Without the luxury of a pre-running weekend, Lovell would use the first lap as a chance to feel out the course before charging ahead. While swapping places with fellow 7200-class competitors it became immediately evident that the course was in rough shape, with double-track ruts so deep they were nearly impassible on his 35 tires. 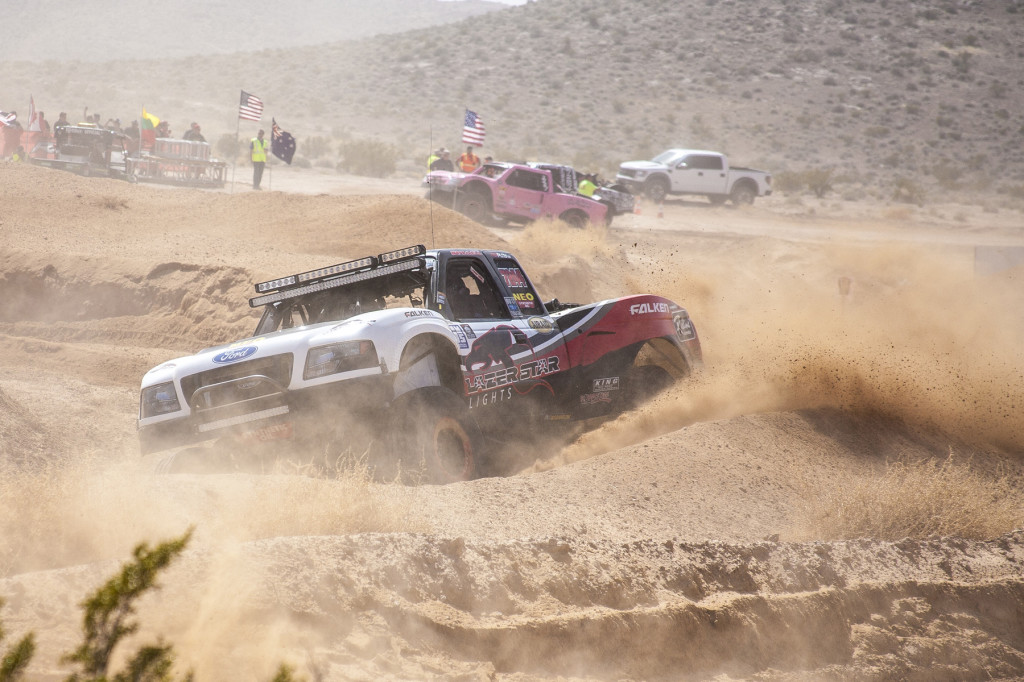 Matt Lovell pushed the Lazer Star Lights #7244 truck through the rough Mint course. Ruts were not the only obstacles among the desert terrain. Rocks ranging from baseball to boulder sized littered the course, taking out trucks left and right. The Lazer Star Lights / Matt Lovell Racing #7244 truck took a beating, at one point suffering a radiator leak due to debris. Matt and his co-pilot Paul Baker managed to repair the leak, but the MLR crew had to replace the radiator in the pit. 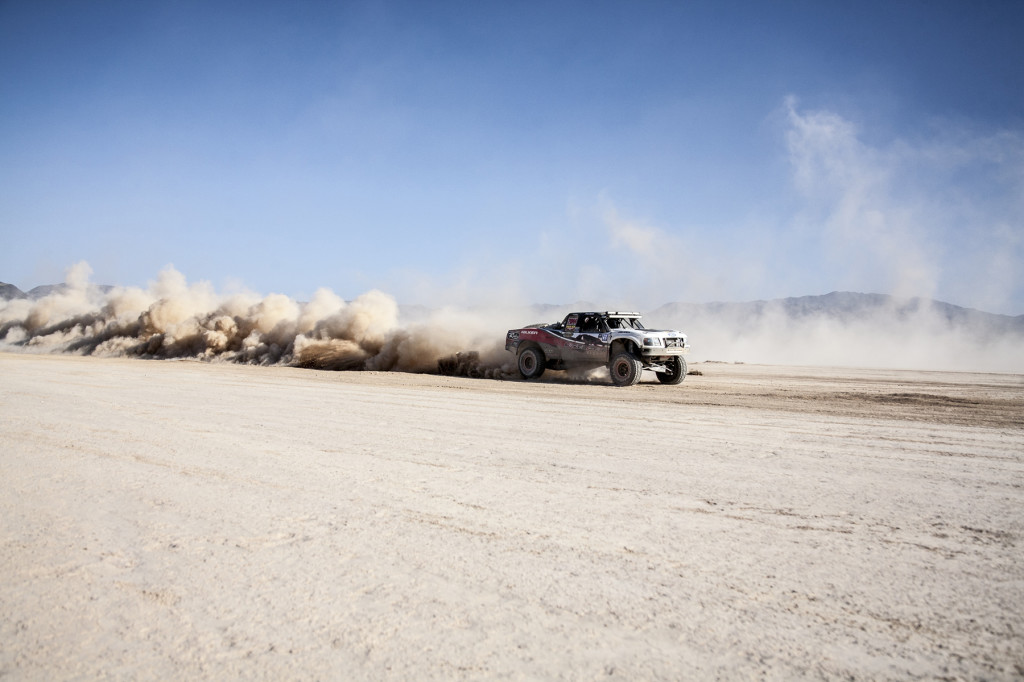 Matt and his crew worked through some mechanical issues throughout the race. At this point we were losing light and we were excited to use our Lazer Star Light setup to charge hard and make up some ground, Lovell reported. As they headed towards the main pit to finish up the second lap, however, they sprung another radiator leak. The crew fixed it in the pit and the boys headed out for the third lap, but with the course so chewed up and the radiator problems continuing, Matt limped the truck back to the pit and called it a day. 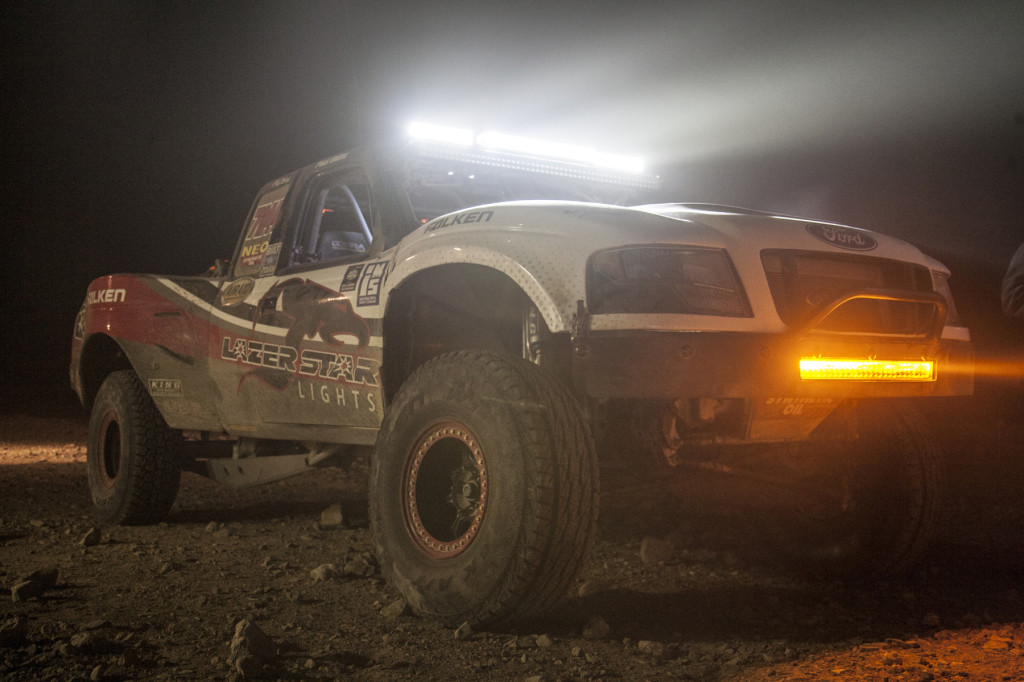 Lovell will prepare for the BITD Silverstate 300. Murray Racing and Matt Lovell Racing will be busy over the next several weeks prepping their Lazer Star Lights equipped rigs and testing for the next desert race on the calendar: the BITD Silverstate 300, scheduled for May 2-4. Visit LazerStarLights.com to learn more about lighting options for off-road vehicles, and follow us on Facebook, Twitter and Instagram for the latest product and racing updates.